It’s been a long time – like, over a month or something – coming but it’s finally time to make some announcements I’ve been meaning and wanting to share with all of you! They’re huge, they’ll impact a lot. Even my blog. Especially my blog, maybe? Fact is this post is long overdue so prepare yourselves.

Before I come out and throw all the news at you, I want to apologize to the people I didn’t tell earlier, who wondered and got curious because I simply couldn’t not say a word about it. I know I hinted at big changes quite a lot and I admire you for not torturing me to fess up. I know I would’ve done just that if someone made me curious about stuff. Honestly, it was impossible for me to keep being vague and not shout everything off the rooftops but I think I managed quite well? Especially since I usually cannot. shut. up.

There are two huge things I want to announce today. Two announcements that are so important to me, my boyfriend and our life. Two announcements of which one is going to have a huge impact on my blog in the future. Just thinking about it has me all jittery, really.

So, first up! As I mentioned in certain posts, my boyfriend and I were house-hunting. Last week we made an offer on a house we both fell in love with and it got accepted! Sure, it isn’t all official yet but the first papers are signed so now we just have to get the financial side of things in order so we can move forward! I already cannot wait to get the whole house just the way we want it to be. I’ll actually have an entire room for my books – like, what else could a bookworm wish for?!

Well.. This bookworm had one other wish too. More like something I just wanted to have at some point in my life – preferably not too late in life either. And that wish came true as well. Or, maybe I should say it’s still coming true. It’s also the announcement I’m most keen to share because I’ve been keeping it a secret on my blog for quite some time now.. I admit, I already spilled the beans on my social media – sorry!
In six months’ time, there’ll be a tiny addition to our small family. Next year, it won’t be just my boyfriend and I anymore – nope. There’ll be three of us – or, if I get my way, four because I do want a puppy once we’ve moved, haha. But that’s not the point! Point is yours truly is pregnant and deliriously happy about it too! The tiny creature is going to make its appearance around February 14th, so it’s still a bit off but.. So much to do, to plan, to buy, TO MOVE. Anyone have tips for moving while pregnant because I could definitely use those?!

Safe to say it’s going to be a couple of hectic, busy and tiring months for me from now on. Which is why I’m sure these two announcements will have some huge consequences for my blog as well. I already have pretty much no posts scheduled. I’ve been ignoring TTT most weeks because.. well.. I just don’t have the time, energy or the topic isn’t to my liking. I have some reviews to finish up, but making the dishes for my munches? I’m great at procrastinating! Also, I just eat whatever I feel like eating because pregnancy-perks, haha.

I’m still going to keep quiet regarding the gender since I know some of my colleagues like to keep an eye on my blog and I haven’t had a gender reveal at work yet. They’re actually taking guesses on gender, name, birth date, weight and height of the kid so it has to stay fair, right?! But I’ll be announcing that – probably very randomly – as soon as I threw gender reveal cupcakes around at work.

In the meantime, you can all take a guess yourself! Boy? Girl?
Tips for moving while pregnant?

10 thoughts on “HUGE ANNOUNCEMENTS – with a giant impact on.. well.. everything!” 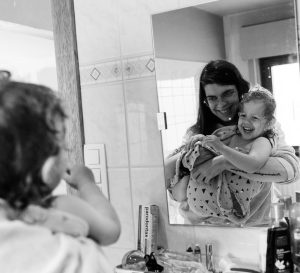