I’m back with a second post today, because.. Well.. I decided to divide this into more “managable” posts to read, if you will? Anyway, I shared three of my recent NetGalley approvals in today’s previous post, so here I am with part two! Are you ready?!

As always, covers link back to the Goodreads-page, so feel free to check them out! 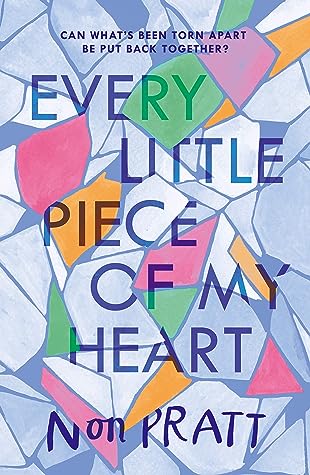 TITLE: Every Little Piece of my Heart
AUTHOR: Non Pratt

SYNOPSIS
When Sophie receives a parcel from her best friend, Freya, she expects it to contain the reason why Freya left town so suddenly, without goodbyes and without explanation. Instead, she finds a letter addressed to Win, a girl Freya barely knew – or did she? As more letters arrive for more people on the periphery of Freya’s life, Sophie and Win begin to piece together who Freya was and why she left. Sometimes it’s not about who’s gone, but about who they leave behind

GOODREADS – – AMAZON.CO.UK – WATERSTONES
These are not affiliate links! 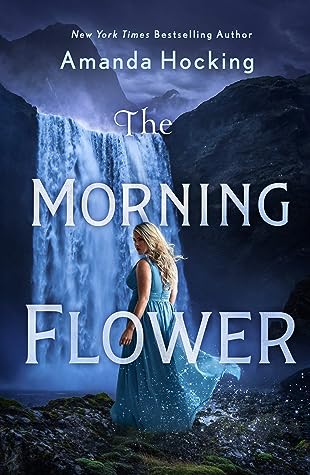 SYNOPSIS
Might contain spoilers for the first book – The Lost City – which releases July 7, 2020.

Nestled along the bluffs of the forested coast lays the secret kingdom of the Omte—a realm filled with wonder… and as many secrets.

When Ulla Tulin took her internship at the Mimirin, the only mystery she thought she’d have to solve was that of her birth parents. After a girl named Eliana gets kidnapped while in her care, Ulla knows she has to find out the truth of who Eliana really is—and the only way to do that means traveling to the Omte capital, the place she suspects her mother is from.

Ulla didn’t expect that when she arrived she would discover the identity of a Skojare man who crossed paths with her mother—a man who could very well be her father. When the head of the Mimirin learns Ulla’s father is connected to the Älvolk, a secret society who believes they were tasked with protecting the First City and the only ones who know its location, he sends Ulla and Pan to Sweden where they find him living among the Älvolk. But all is not what it seems with the Älvolk and their urgent quest to find the Lost Bridge to the First City leaves Ulla feeling uneasy—and possibly in danger. 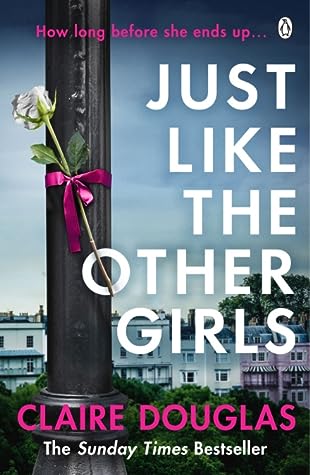 TITLE: Just Like the Other Girls
AUTHOR: Claire Douglas

Una Richardson’s heart is broken after the death of her mother. Seeking a place to heal, she responds to an advertisement and steps into the rich, comforting world of Elspeth McKenzie.

But Elspeth’s home is not as safe as it seems.

Kathryn, her cold and bitter daughter, resents Una’s presence. But more disturbing is the realization that two girls had lived here before. Two girls who ended up dead.

Why won’t the McKenzies talk about them? What other secrets are locked inside this house? As the walls close in around her, Una starts to fear that she will end up just like the other girls . . .

I think it was 2018 when I read another of Non Pratt’s books, which was more catered to children so I was intrigued when I came upon Every Little Piece of my Heart! It’s the only YA Contemporary on my ARC approvals today too, haha.

Next is Amanda Hocking’s The Morning Flower which is.. actually a wish that got granted? I’m both thrilled and annoyed by this, since my request for the first book in the series – The Lost City – got declined.. Basically forcing me to buy the first book in order to read the ARC of the second one and.. yeah.. Okay. Guess it’s my own doing anyway..

Last for today’s NetGalley wins is Just Like the Other Girls by Claire Douglas, which I got notified of by mail with a NetGalley widget! I read two past thrillers of this author and.. I enjoyed them so why not, right? Besides, it’s a genre switch I’ll definitely enjoy at one point, haha!

So, that’s that for today’s NetGalley approvals! I still have some open requests so.. we’ll see how that goes? Maybe I’ll be back with another one sooner than you think.
Which one of these speaks to you most?
Do you like this kind of post?

4 thoughts on “PART TWO OF TWO ~ Sharing my recent NetGalley-wins! [4b]”